What Online Trading Education Is There In Bay of…

“These are times when the strong can get stronger,” Nike chief executive John Donahoe said in September, as he celebrated the digital investments and robust brand that helped the sportswear group to increase its earnings even as Covid-19 closed its stores.

Nike was far from the only household name boasting of resilient profits and a growing share of a market it already leads. From Amazon to Starbucks, McDonald’s to Mondelez, many of America’s biggest businesses got bigger this year, even as the turmoils of Covid-19 plunged smaller rivals into crisis.

Just as Blackstone had been “a huge winner coming out of the global financial crisis”, chief executive Steve Schwarzman told analysts who follow the private equity group recently, “I think it’s going to turn out to be another one of those acceleration moments.”

The unequal, “K-shaped” recovery that economists fear is dividing the wider US economy is also playing out across corporate America, as the pandemic deepens the gulf between the largest, best-financed companies and those lacking scale, leading brands or robust balance sheets.

Bank and central bank policies coupled with shifts in consumer behaviour have accentuated trends that were already putting more wealth and growth in the hands of a few large companies, according to academics, consultants and corporate advisers.

That, some of them warn, threatens to reduce competition, stifle innovation and hold back smaller businesses that are supposed to be sources of job creation and economic dynamism.

“The last year’s clearly been K-shaped,” said James Manyika, chairman of the McKinsey Global Institute, noting that an MGI analysis found almost all of the “superstar” companies at the top of its rankings had become stronger in 2020.

That partly reflected the fact that the group featured many technology and pharmaceutical companies, and that most of its members had the global reach to ride out local Covid-19 waves.

But the year’s winners had also typically invested more in the digital tools which became critical as employees and customers scattered.

Even within sectors, “the variations between the most and least digitised companies were huge”, Mr Manyika said. From retailers forced to step up their ecommerce offerings to banks needing to move more transactions online, “the digitally enabled ones were ready for this moment”.

‘It reminds them of their childhood’

The trend towards corporate concentration began long before the pandemic, with large US public companies seizing a growing share of economic activity since the mid-1990s, Dartmouth professor Vijay Govindarajan and colleagues found in a study last year.

Small companies have found it increasingly hard to “escape their class”, they wrote, while the biggest businesses have had the resources to invest in assets including their brands.

The companies that went into the pandemic with the strongest brands mostly extended their lead, as customers retreated to familiar suppliers.

“Consumers are really looking during this time for brands they trust,” Michele Buck, Hershey chief executive, said on the chocolate maker’s last earnings call. Dirk Van de Put, chief executive of Mondelez, which owns Cadbury, attributed its market share gains to the same phenomenon: “Consumers . . . went to brands that they felt comfortable with. It reminds them of their childhood,” he told analysts.

Safety-conscious consumers also frequented fewer stores, favouring companies that could supply a wide array of goods. Walmart and Target both cited such “trip consolidation” as playing to their advantage.

Bureau of Labor Statistics data show the human impact of a divergence that happened partly along sectoral lines.

Courier and warehousing companies fuelling the ecommerce boom, tech groups, and big banks and insurers were among the few to add jobs in 2020. In the more fragmented arts and entertainment world, and at hotel and airline companies which were singularly stricken by the pandemic, the lay-offs fell heavily.

The same data set also reveals the divide between winners and losers within certain sectors. The only retailers beyond those selling food and alcohol to have created jobs in the year to November were big box retailers such as Walmart and Costco, and those selling building materials and garden supplies, such as Home Depot.

In their latest earnings statements, Walmart, Costco and Home Depot reported year-on-year sales increases of 5.3 per cent, 16.9 per cent and 23 per cent respectively.

Each has seen its shares rise more than 20 per cent this year, even as Amazon’s growing ecommerce dominance lifted its stock more than two-thirds.

Much of the divergence stems from bigger companies’ easier access to capital, according to Olivier Darmouni, a Columbia Business School economics professor.

Large public companies with investment-grade credit ratings led a record $2.5tn of corporate borrowing this year. That positioned existing industry leaders such as Ford and General Motors to be ready when demand for their products began to recover.

By contrast, a study led by Mr Darmouni showed that the more costly bank loans on which smaller companies are more dependent became much harder to access this year as banks tightened their lending standards. The increase in bank credit in the first half of 2020 “came almost entirely from drawdowns by large firms on pre-committed lines of credit”, his research concluded.

“There’s a very clear premium from being large,” he said. “The contracts that were signed in good times are . . . only reliable if you’re a big firm.”

‘It doesn’t trickle down’

The past year has shown not only how unequally credit flowed, but also how policy responses to the crisis risked amplifying the trend, Mr Darmouni said.

“The Fed and the Treasury are used to helping big companies like big automakers and big banks. They’re not used to dealing with smaller companies. The big lesson there is it doesn’t trickle down,” he said.

The biggest corporate casualties of 2020 were those which went into the pandemic with fragile balance sheets, such as Hertz, the car rental company, and out-of-favour operators in markets such as retail, restaurants and property which suffer from overcapacity.

“The pandemic has exacerbated the strength of the good and similarly highlighted the weaknesses of the worst companies,” said Mohsin Meghji, chief executive of the restructuring advisory group M-III Partners.

Poorly capitalised companies outside their industry’s top two or three competitors could “muddle along” in a strong economy, he said, but now “people will direct their capital to the survivors and remove it from the ones that shouldn’t survive”.

Mr Meghji now expected “significant rationalisation” in those overcrowded sectors, with some weak companies selling to their industries’ winners and others collapsing altogether. 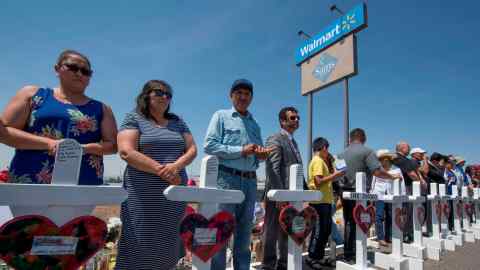 If that happened, he argued, “Covid could end up being a significant catalyst for making the American economy a lot more clear and competitive because it’s forced what should have taken place over five, seven or 10 years to happen much faster.”

According to MGI’s Mr Manyika, roughly half of the winners of one business cycle fall out of the “superstar” ranks in the next cycle. That, he said, raised questions about how long the K-shaped dynamic would last.

Those companies that benefited from stimulus-boosted consumer spending this year could suffer if policy interventions fall short in 2021, while those that depended on a forgiving debt market “can only rely on [their] balance sheet for so long before shareholders say ‘we can’t keep supporting this’”, Mr Manyika observed.

“Eventually, demand has to show back up.”

What Online Trading Education Is There In Bay of Plenty

What Online Trading Education Is There In South Australia

What Online Trading Education Is There In West Coast

What Online Trading Education Is There In Tasman

What Online Trading Education Is There In Taranaki

What Online Trading Education Is There In Gisborne

What Online Trading Education Is There In Waikato

What Online Trading Education Is There In Canterbury

What Online Trading Education Is There In West Coast

What Online Trading Education Is There In Tasman

What Online Trading Education Is There In Taranaki

Nov 19, 2021
Subscribe to our newsletter
Sign up here to get the latest news and updates delivered directly to your inbox.
You can unsubscribe at any time
More Stories

What Online Trading Education Is There In Bay of…